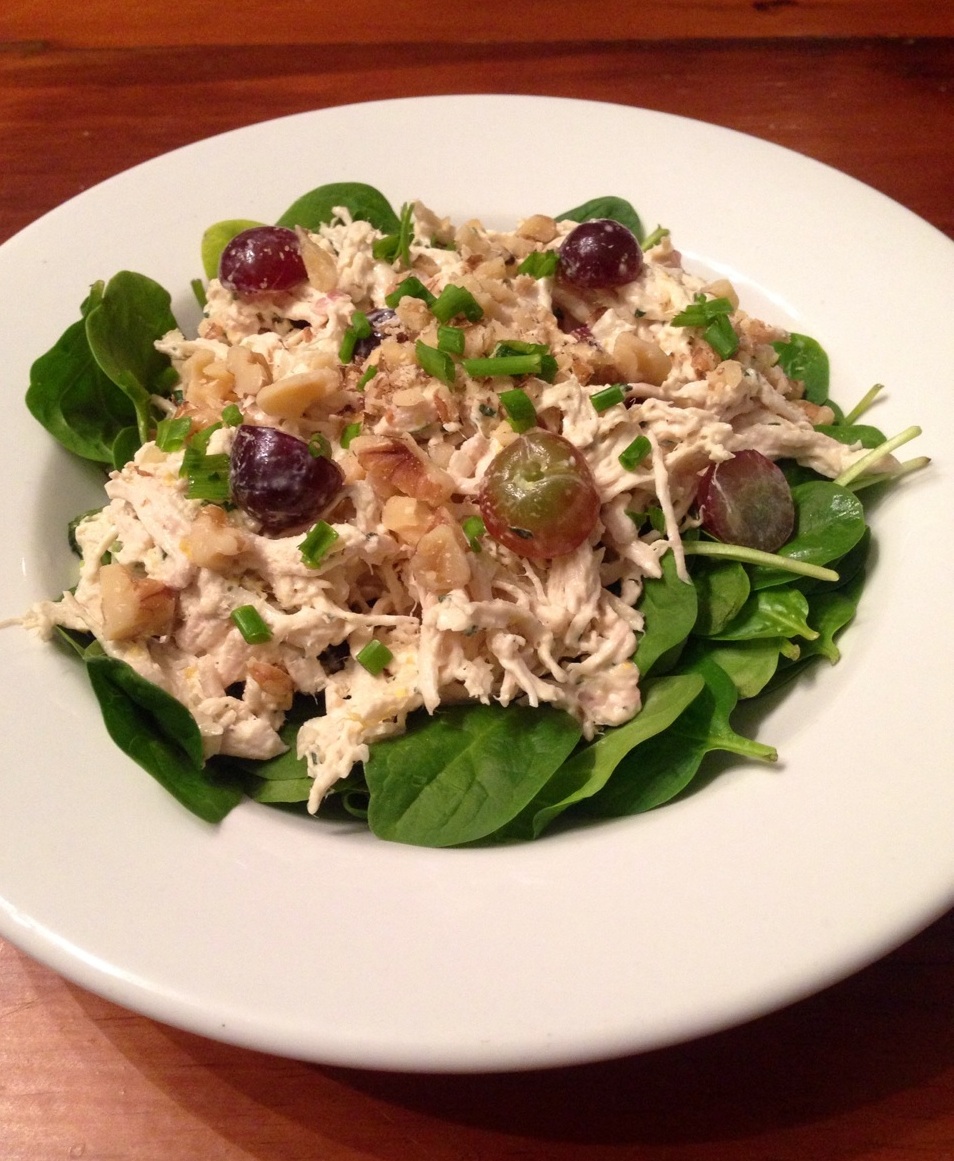 For the first time in my life, I have decided to go an extended period of time without two of my food vices: cheese and sweets. I realize what a prominent fixture cheese is in my everyday consumption and from a dietary standpoint, it just feels like the right time to go without it for the month of March. As both spring and summer approach, I know I am on the cusp of a particularly indulgent time in my life, especially with a few weddings on the horizon. Sweets — believe it or not — are much easier for me to part with, as I don’t inherently crave dessert as much as I do cheese. The fact that I also have so many friends giving up various things for lent provides for a solid support group, should I find myself close to “falling off the wagon”.

My detox week was particularly brutal, as one might imagine. Cheese is a staple of mine on just about everything: eggs, sandwiches, and even certain salads. As an a sandwich aficionado, this posed the biggest challenge for me, as researching various types of cheeses as a topping for my sandwiches is particularly thrilling for me. I e-mailed the integrative nutritionist I had previously met with basically pleading for advice and asking what I could consume to quell my cravings. Her response was: “hummus, bean dips (made with extra virgin olive oil), and guacamole.” Since then, I have been implementing more avocado into my general diet and since Day 6, I have noticed that my overall cravings are much less and even my inherent “want” for cheese isn’t as prevalent. Truthfully, giving up sweets hasn’t even been much of a problem, which goes to show what a dependency I had on cheese prior to omitting it from my diet completely.

This weeks recipe(s) revolve around the notion of chicken salad. As a kid, I absolutely loved chicken salad, even if they were, as my father labeled them: “mayo bombs”. As an adult, I gravitated towards the kinds of chicken salads that contained grapes, walnuts, celery, and the like. These elements, combined with with the creamy goodness of either mayo or greek yogurt, make for an superb chicken salad. The two recipes I happened upon were an avocado chicken salad and the classic chicken salad, which were then crafted with a few additions and personal touches.

Prior to cooking both chicken salads, I boiled and shredded about 4 pounds of chicken, as I knew I would be doubling both recipes. This is the only truly labor-intensive part of either recipe, as it merely takes time. Rinse the chicken (breasts, thighs, etc.) under cold water, pat to dry, season with salt and pepper if necessary, and place in a pot with either water or chicken stock. Bring to a boil and then simmer for about an hour, wait until the chicken cools, shred, and you’re good to go.

The healthy avocado chicken salad is comprised of shredded chicken, avocado, and an equal amount of plain Greek yogurt and mayo, which gives the finished product a lighter feel. Lime juice, cilantro, and the garlic powder really alter the recipe’s chemistry and yield an almost Mexican-esque taste. Even before I added the avocado, the final chicken salad base revved up my tastebuds in all of the right ways. I also added about a tablespoon of lime zest from one lime and added a little bit more cilantro than what was initially called for.

The second chicken salad recipe comes from the famed Mark Bittman’s How to Cook Everything, which has become a prominent food reference within my kitchen. The main chicken salad recipe contains olive oil as one of the main ingredients, but I opted for the more traditional recipe of the two. Dijon mustard and mayo serve as the base for this recipe, complete with shallots, lemon juice and zest, and herbs (I selected mint and chives as a garnish). Instead of olives, I threw some (halved) grapes into the mix as well as chopped walnuts, to give the salad more of a Waldorf feel. 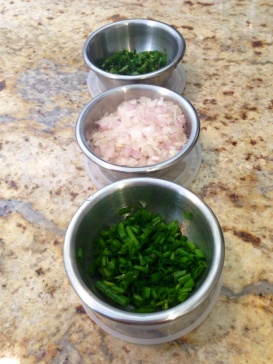 Needless to say, the consumption of both chicken salads effectively lessened my desire for cheese this week. While I will still struggle throughout the month of March, I think it’s important to go for a period of time without the foods we crave, so one can experience your diet in a different light and thus, open the doorway to healthier alternatives. Despite still wanting cheese, I don’t crave cheese as much as I initially did, particularly because I am now over the 6-7 day hump. I plan on making a white bean dip with olive oil later in the week and will continue to utilize avocados in my eggs, sandwiches, and salads. In my case, I find that avocado satisfies both the textural and taste components to what I seek in a creamier ingredient. As a dish itself, chicken salad is rife with versatility: serve on crackers, parlay in between two slices of bread, or throw a helping over a bed of leafy greens. I had some over spinach last night and I came away from the meal feeling fulfilled and not needing to overindulge later in the evening.

I particularly liked that neither of these recipes contained an overabundance of mayo, as sometimes that can detract from the goodness that is chicken saladThe differences between the two are palpable, but each recipe satiates in a seemingly similar way. . The choice is completely up to you, for everyone craves something different.

You can find both recipes posted below.

Put the chicken, shallot, olives (or grapes), and zest in a bowl and mix. (At this point, you may refrigerate the salad, covered, for a day; take out of the fridge 15 minutes or so before proceeding to take the chill off).

Drizzle on the lemon juice and add mayo. Sprinkle on the herbs and salt and pepper; mix again. Taste and adjust the seasoning. Use as is or arrange the greens on the plate(s) and top with the chickens salad. 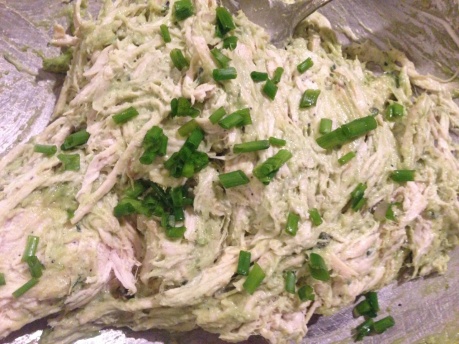 Mix all ingredients in a bowl and enjoy.